Skip to content
Previous Next
The Bigger Picture … with Marty Cheek: President Donald Trump might have an opportunity to unite Americans 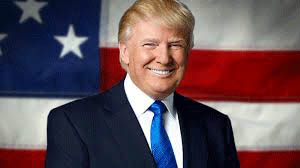 Where do we go from here?

That’s the question I asked myself on Election Day during the early morning hour. I was standing on the top of Morgan Hill’s downtown garage looking at the golden ball of the sun rise from the mountains, seeing a new day dawning and wondering what kind of day it might turn out to be. No doubt billions of other people around the world also wondered about the outcome of America’s recent election.

Our selection of the next American president will no doubt go down in history as one of the craziest campaigns ever. Both Hillary Clinton and Donald Trump polled in record numbers as the most disliked presidential candidates. That unfavorability will also prove a cause for concern as we now grow painfully aware that we as a people are severely divided in which direction we want our nation to go. We knew in the summer soon after the balloons and confetti of the political conventions were swept up and carted off that whoever might win this race, that person would face an America encumbered by a severely dysfunctional national government. To the surprise of many people across our country and around our world, that person turned out to be a billionaire real estate entrepreneur and reality-TV show star who when he first announced his candidacy was considered a joke. Now President-elect Trump’s administration will be closely watched as an experiment in democracy where a man with zero experience in public governance will hold the most powerful office on Earth.

Where do we go from here? Where as a nation, as an American people, do we go facing an uncertain future?

On election night, I engaged a few hours in downtown Morgan Hill, spending time as a journalist and as a citizen at the political gatherings in Rosy’s at the Beach and Ladera Grill restaurants across the street from each other. Local candidates were watching the election returns come in by gazing at their smart phones or the TV sets. It was a night of cheers and tears. A couple in red hats with the words “Make America Great Again” strutted jauntily in Trump’s triumph. A man told me President Trump would put “crooked Hillary” in prison. A couple discussed with me their fears of what a Trump presidency might mean for Mexicans and Muslims. A woman was upset that the opportunity for America to elect its first female president was declined by voters.

Where do we go from here is a question a lot of people are asking. We are a divided nation now with little hope of fixing Washington, D.C. Trump’s heavy burden will be to start the healing of our nation and bring us together as a once-again United States. Many question whether he has the character or temperament to do this. But now that we know he’ll be in the Oval Office, we need to move forward and reconcile as a people and figure out how to make the best of the situation American voters have placed us in.

It’s not the first time we’ve faced a contention among candidates. America has seen other elections where the nation was divided: 1800 between Thomas Jefferson and Aaron Burr, where the 73-73 tie in the Electoral College caused our first political rift; 1824 where Andrew Jackson, John Quincy Adams, William Crawford and Henry Clay were the candidates, none of whom earned a majority of electoral votes and the election went to the House of Representatives; 1860 when the election tore the nation apart after Abraham Lincoln won and just weeks after his victory, South Carolina voted to secede and soon six more Southern states followed, forming in 1861 the Confederate States of America; 1876 where the election between Democratic Gov. Samuel Tilden and Republican opponent Rutherford B. Hayes faced ballot results tinged with accusation of fraud; and 2000 when Al Gore and George W. Bush found their chances of getting into the White House coming down to the results in Florida with just a few hundred votes separating the candidates.

Where do we go from here? For some, we face a political crisis if Trump’s leadership proves to be as divisive as his campaigning. But maybe there might be an opportunity here for America. If President Trump wants a legacy to be proud of, he needs to start the national healing process now. We’ll soon find out whether our in-coming American president has the ability to communicate to the nation and the world that he can achieve that outcome.

Where we go from here will depend on the kind of leadership President Trump provides a people severely divided by one of the most — if not indeed the most — contentious election campaigns in American history. His job now is to lead us forward.