Editorial – Warm Christmas wishes to our readers this holiday season 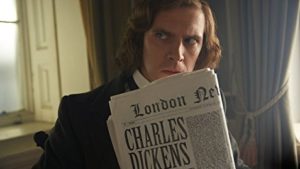 A delightful new movie called “The Man Who Invented Christmas” is now playing in cinemas. It focuses on author Charles Dickens’ efforts in 1843 to create his classic novella “A Christmas Carol.”

Dickens’ book proved so popular in its message of hope and healing that it sparked the Victorian revival of the wintertime holiday in the 19th century. The story inspired our modern western observance of the holiday such as family gatherings, tasty food and drink, dancing, games and a festive generosity of spirit. “A Christmas Carol” saved the Yuletide season and gave it a more secular spin than previous generations observed.

The earliest recorded Christian celebration of Jesus’s birth is a note in a list of bishops compiled in the year 354. It reads: “25 Dec.: natus Christus in Betleem Judeae.” (December 25th, Christ born in Bethlehem, Judea.) No one knows what actual day on the calendar Jesus was born. No doubt with the transition from a pagan world to Christian culture in the mid-fourth century, some bishop took the Roman winter solstice festival of Saturnalia, when people feasted, and gifts were given to the poor, and converted it to a day of celebrating Christ.

Christmas evolved over the centuries, shaped often by the religious cleavage of various ages. At one point in the mid-1640s, it served as a political tool of the Puritans in Oliver Cromwell’s England. When these right-wingers took control of Parliament, they tried to abolish Christmas and outlaw the traditions associated with it for its “trappings of popery and rags of the beast.” Mince-pies, mummers, holly and church services all fell victim to the Puritan attempt to “purify” Christianity and stamp out the Dec. 25 celebrations under the Commonwealth.

Thanks to Dickens’ bestseller, the world now enjoys a month-long period of festivities to bring warmth and light to the cold and dark of winter days. Americans enjoy five weeks of holidays starting with Thanksgiving, the seven days of Hanukkah, Christmas Eve and Christmas Day, the week of Kwanzaa, and ending with New Year’s Eve. Gilroy and Morgan Hill launch the holiday season with community parades and carol singing in their respective downtowns.

In recent years with increasing political correctness and division, we Americans have started a new annual December “tradition” called by pundits “the War on Christmas.” It brings into cultural question the proper way to greet one another during the season. Some people grow upset to be wished a “Merry Christmas” because they follow other faiths or spiritual paths than Christianity. Others find being greeted with the more inclusive “Happy holidays!” and “Seasons greetings” as offensive because those wishes do not emphasize Jesus’s birth.

Ironically, this silly “war” is counter to the reason for the season. We celebrate the birth of a baby two millenniums ago who grew into a man who encouraged us to unite around a message of peace on Earth and good will toward all. We hope the participants on both sides of this cultural conflict might learn a lesson from the Western Front in the first year of World War I. French, German and British soldiers crossed trenches and entered no man’s land on Christmas Eve and Christmas Day to exchange greetings. During this spontaneous cease fire, they gave their enemy combatants food and small gifts. They joined in soccer matches and sang carols. They buried their dead in joint ceremonies and swapped prisoners. The Christmas Truce of 1914 proves that when people come together in a common humanity, the branch of peace can blossom.

Christmas belongs to everyone. It really does. Mr. Dickens demonstrated that fact in a joyful story about a curmudgeonly London accountant finding redemption. In the spirit of his “Christmas Carol,” we wish you warm memories and good cheer during this time of celebration with friends and family.