Eleanor Villarreal was a founding member of several Latino organizations 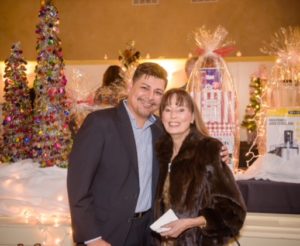 Eleanor Villarreal spent more than 20 years serving local youth through the Gilroy-based Rebekah Children’s Services. She poses for a photo-op with her husband, Raul Vega, at a Festival of Trees fundraiser. Photo courtesy Villarreal family

Eleanor Villarreal lived a life devoted to making Gilroy a better place for all.

For family and friends, the longtime Gilroyan will be fondly remembered as a woman devoted to service in the South Valley. A celebration of her life was held in her honor Friday, Nov. 9, at Rebekah’s Children’s Services, a site where she spent more than 20 years passionately helping local youth.

Villarreal was born in San Francisco Feb. 18, 1948. She died Oct. 28 at her Gilroy home with family members and husband, Raul Vega, after a two-year battle with leukemia.

“My wife was a ray of sunshine,” Vega said. “She always wanted everything equal for everybody. She was an advocate for animals and anyone who was underprivileged. Eleanor believed in the mission of taking care of underprivileged kids.”

Villarreal was raised in Hollister and moved to Gilroy at 18. She attended Gavilan Community College and graduated from the University of San Francisco. Her passion was advocating for children and families in the South Valley. As an active supporter and member of the Latino community in Gilroy, she was a founding member of the Gilroy Hispanic Chamber of Commerce, the Gilroy Hispanic Cultural Festival and the Latino Family Fund. Last year, she received the Legacy Award from CARAS (Community Agency for Resources, Advocacy, and Services). 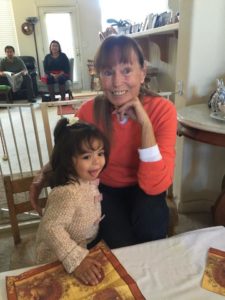 “She grew up in that era where Latinos were suppressed, you couldn’t even speak Spanish in school,” Vega said. “She grew up among Mexican people and so therefore she related to their suffering and all those things.”

Fundraising was a special talent for Villarreal and through her efforts RCS raised millions of dollars for the expansion of its programs. She was awarded the honor of Outstanding Professional Fundraiser in 1997 by the Association of Fundraising Professionals of Silicon Valley. In 2017, RCS named its library after her to honor her for her fundraising and other work.

“She could ask people for money and people would pull out their wallet,” Vega said. “Eleanor was one of the best fundraisers that I’ve ever known. Every time she joined a group, she helped them raise money for their event or a cause or whatever the mission was.”