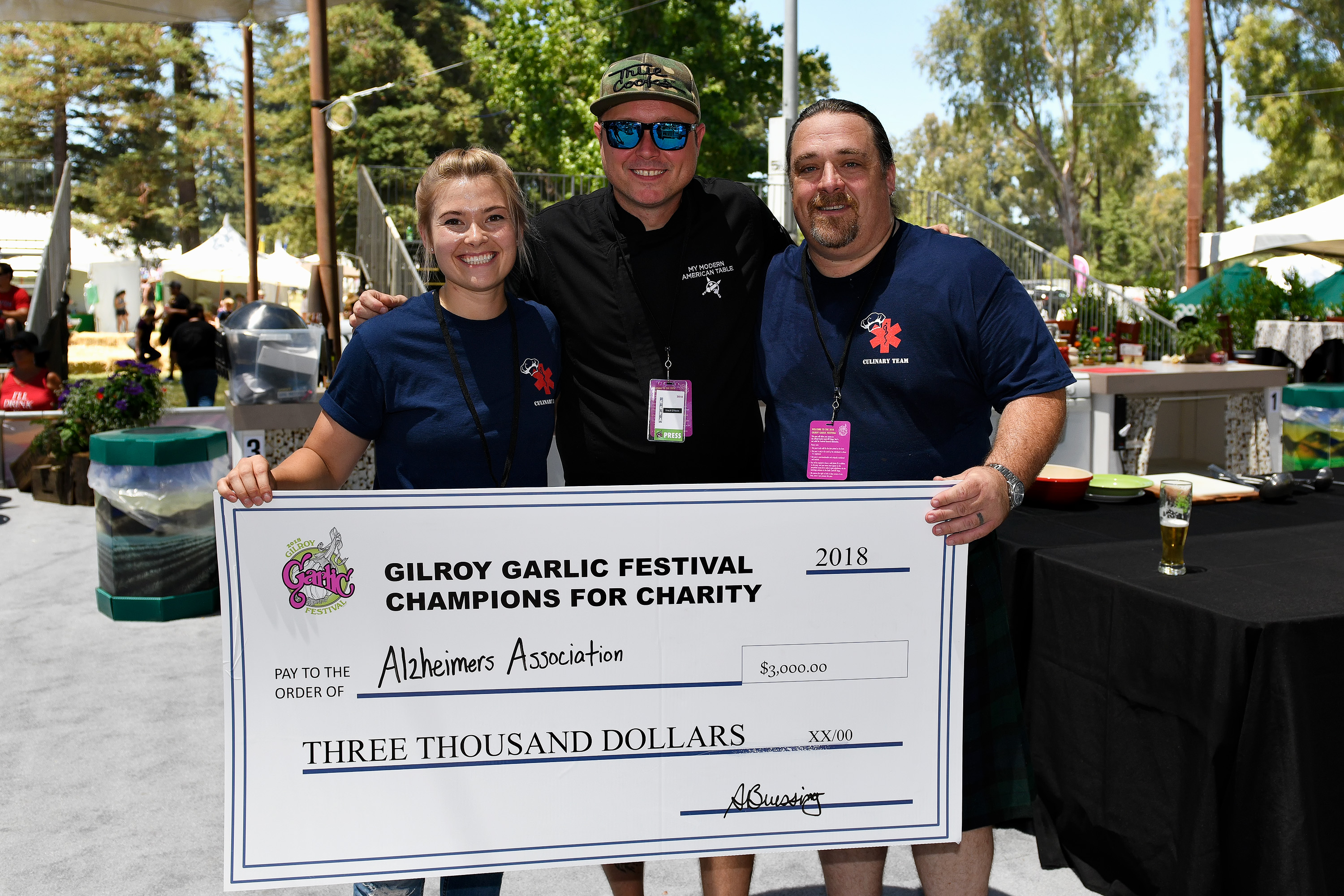 To respond to an emergency, you need a clear head, polished skills, the ability to think on your feet, and a willingness to work as part of a team. And a little bit of luck doesn’t hurt. The same can be said for competing in a cooking challenge.

In the 2019 Gilroy Garlic Festival’s Champions for Charity challenge, teams of local first responders will square off to showcase those attributes, all while competing for a $3,000 prize that will go to a worthy cause. Raising the stakes even higher this year is the possibility that the July 26 event may feature a three-peat. 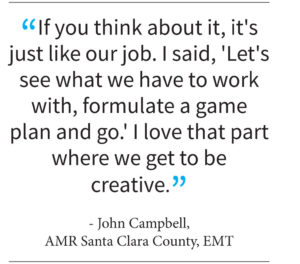 EMT John Campbell and paramedic Morgan Sanders of AMR Santa Clara County are the defending champs from 2018, as well as 2017. But as medical professionals who are required to handle stressful situations with ease, going for the trifecta was a challenge they couldn’t refuse.

Campbell has a background in hospitality, having worked 17 years in that industry. He’d been approached to compete in 2016 but wasn’t sure he had time. When he was approached again in 2017, he didn’t have a partner in mind yet. Sanders enjoys cooking, baking, and experimenting in her home kitchen. When they ended working the same shift one day, Campbell asked her, and she agreed.

“Actually, I said, ‘I’ll think about it,’ with the intention of saying no,” she said. “I hate to be in the limelight. John’s the mastermind and I defer to him. I’m happy to be his sous chef. But the first year, it just clicked.”

Campbell noted that the first year was hectic. “We didn’t know what we were doing, but I said, ‘Let’s just have fun,’ which was good, because it was nerve wracking at first. But we got through the first round and we st