Editorial: Let us be vigilant against the rise of violence in America 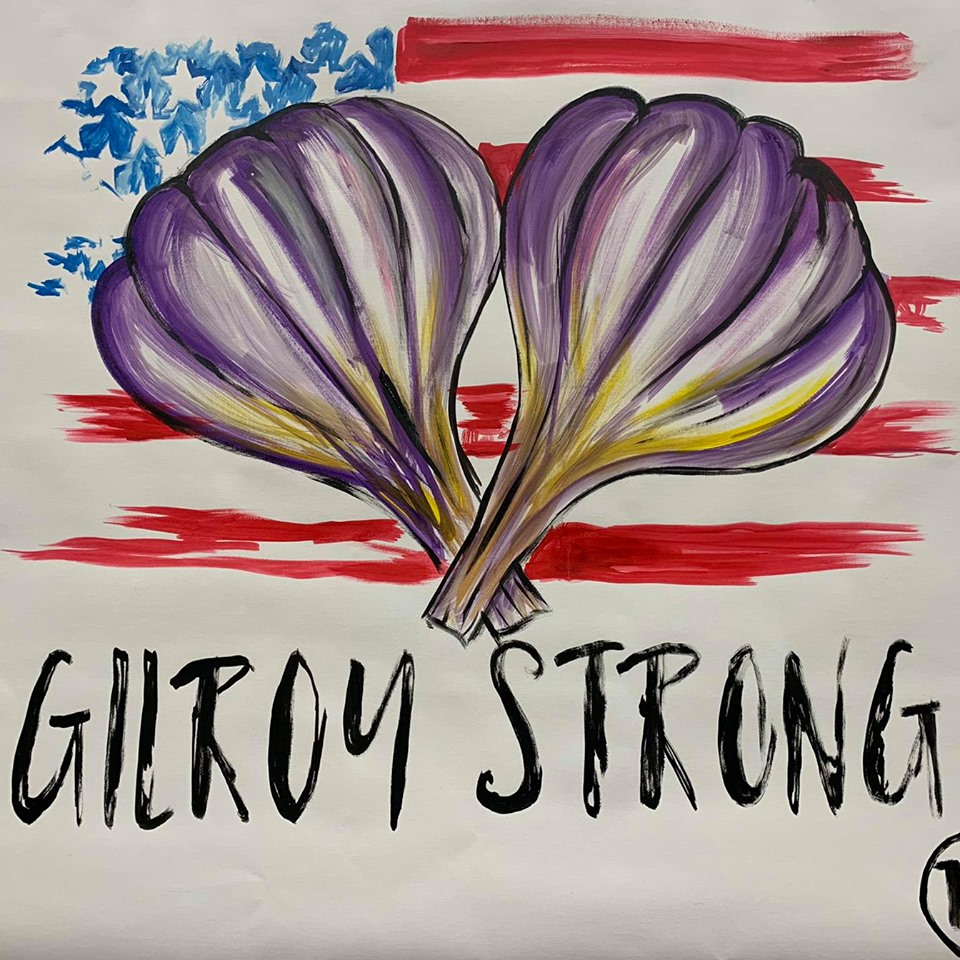 The people of the South Valley join together now and prove they are strong as they face the emotional shock and feelings of grief following the mass shooting Sunday, July 28, at the Gilroy Garlic Festival.

There were plenty of tears and the hugs at a full-capacity mass held at St. Mary’s Parish Church the evening of July 29 for the victims and those who had been wounded. At a candlelight vigil, more than a thousand people met at the City Hall plaza and sang songs and said prayers. A Gilroy Strong vigil brought more than 2,000 people downtown Aug. 1.

In a spirit of unity, this is how we as a community deal with the aftermath of a cowardly attack by a man with an assault rifle. This is how we remember the three people cut down by bullets: 6-year-old Stephen Romero, 13-year-old Keyla Salazar, and 25-year-old Trevor Irby. Twelve other festival goers were also injured in the attack before three Gilroy police officers fatally shot the gunman, Santino William Legan, less than a minute after he opened fire at the festival grounds.

We’re proud of the swift response of the officers in preventing the killer from continuing his carnage. Their actions no doubt prevented many other festival-goers from being shot and saved countless lives. We also commend the first-responders who took action to assist those who were wounded with medical aid and bring them to St. Louise Regional Hospital, Valley Medical Center and Stanford Hospital.

The Gilroy Garlic Festival mass shooting must serve as a warning for us to be vigilant against the rise of violence in America today. It is the second fatal gun attack in the South Valley this summer. At the Ford Store of Morgan Hill on June 25, two employees were killed and the gunman fatally shot himself before police arrived. That shooting happened on impulse after the gunman was fired from his job at the dealership. The Gilroy Garlic Festival shooting was planned in advance. Legan legally purchased an assault rifle in Nevada three weeks earlier and brought it over state lines to California where it is not legal to possess. A social media post he sent out prior to the shooting suggests he supported a white supremacist author who advocates violence.

Families should not have to fear taking their children to a food festival. No parents should be afraid for their children’s safety at a cultural event that brings thousands of people together and raises millions to support local charities and community groups. We will find out with time what awaits for the future of the Gilroy Garlic Festival in the aftermath of the shooting. We hope organizers decide that this tradition must continue for the good of the South Valley community. We must not let one killer’s senseless act of violence end this beloved event that honors our agricultural heritage. We must continue coming together as a community — and inviting people from around the world to join us — to share a good time with food and fun and friendship at our annual summer celebration. The festival has given tremendous benefit to many people by providing more than $12 million to various nonprofits groups during its 41 years. It runs thanks to the hours of work given by thousands of volunteers.

We in South Valley can learn a lesson from the Boston Marathon of 2013. That New England city healed itself by people coming together after the two sequenced bombings that killed three spectators and injured 264 other people. That year, 23,000 runners participated. The next year, 36,000 runners were in the race. And an estimated one million people lined the route, more than twice the usual number of spectators.

For many chefs, garlic is a special ingredient in their pantry. Garlic is a unifying herb for many dishes, and maybe that’s a recipe for healing during this time of trial for South Valley. The garlic we celebrate at our annual food festival serves in cooking as an ingredient that, perhaps more than any other, integrates the diverse cultures that together form American cuisine. Facing the aftermath of a moment of terror at the Gilroy Garlic Festival, we in South Valley will surely come together stronger than ever in our diversity as well as common values.

We stand resilient. We stand united. We triumph over tragedy.