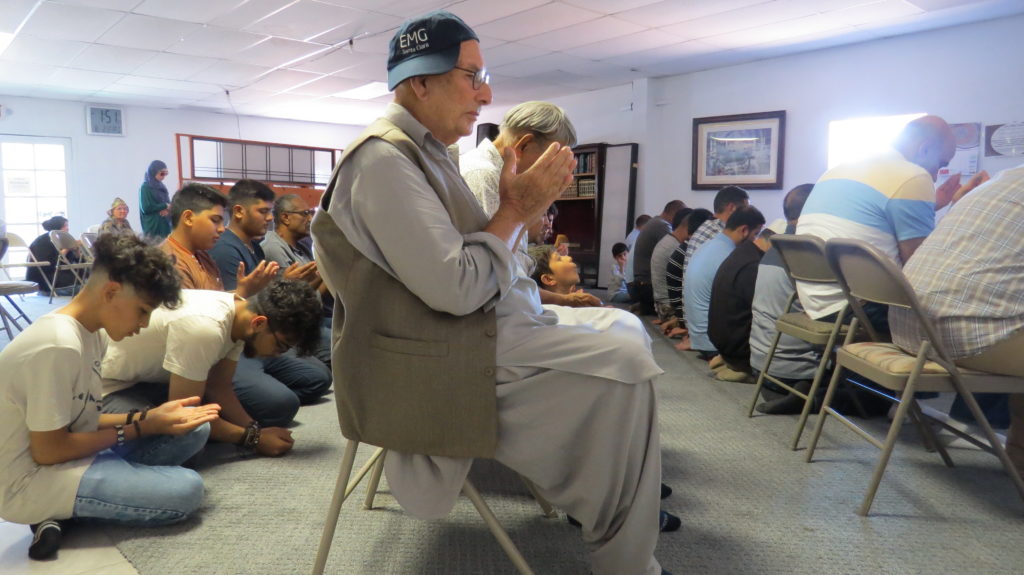 Photo by Marty Cheek Muslims pray on Friday, Aug. 2, at their temporary mosque — a converted barn — behind a home in San Martin.

The Santa Clara County Planning Commission voted 5-2 in favor of the Cordoba Center project at its Aug. 22 meeting, allowing the South Valley Islamic Community to move forward with the process of getting approval to begin construction of the mosque and community center at the San Martin site.

Commissioners also voted unanimously to recommend to the Board of Supervisors approval of the accompanying cemetery component to the Cordoba Center. 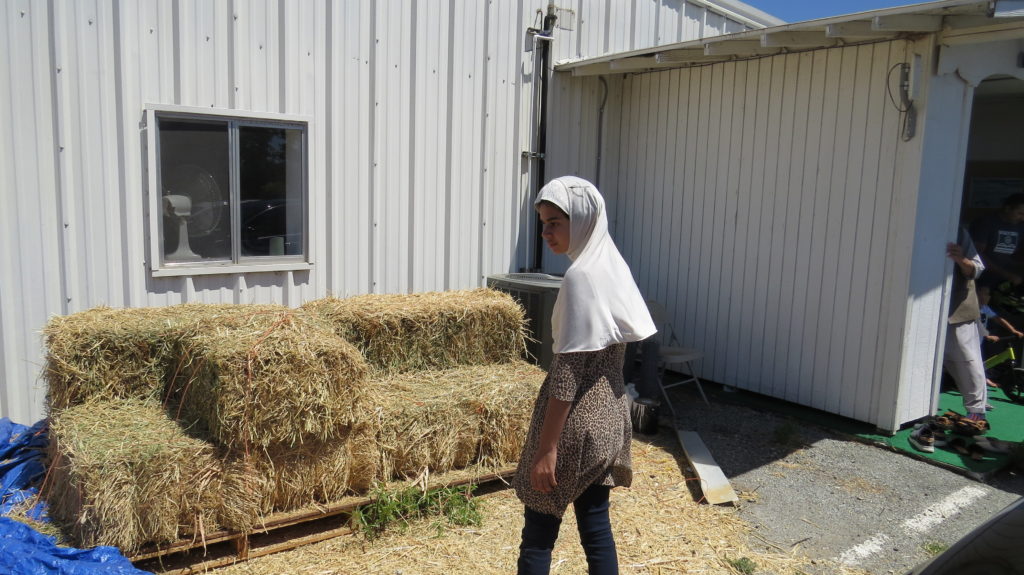 Photo by Marty Cheek
A member of the South Valley Islamic Community in front of the temporary mosque, a converted barn behind a San Martin home.

The mosque and religious facility have garnered opposition from some San Martin residents concerned about the environmental impact of the project. At the May 23 Planning Commission meeting, based on public comment the commissioners asked that the SVIC consider scaling down the planned size of the mosque (at 9,000-square-feet) and the multi-use room (at 14,500-square-feet).

At the August meeting, the SVIC lawyer asked that the planning commission approve the project as originally submitted. Chairman Marc Rauser voted with commissioners Aimee Escobar, Kathy Schmidt, Erin Gil, and Aaron Resendez in favor of the project. Commissioners Bob Levy and Vicki Moore voted against.

“In short, the planning commission accepted in full the planning department’s staff earlier recommendation, with the same restrictions and mitigating factors with respect to noise, traffic, attendance, carbon imprint that they had recommended at the earlier May meeting,” said Karen Musa, president of the SVIC. 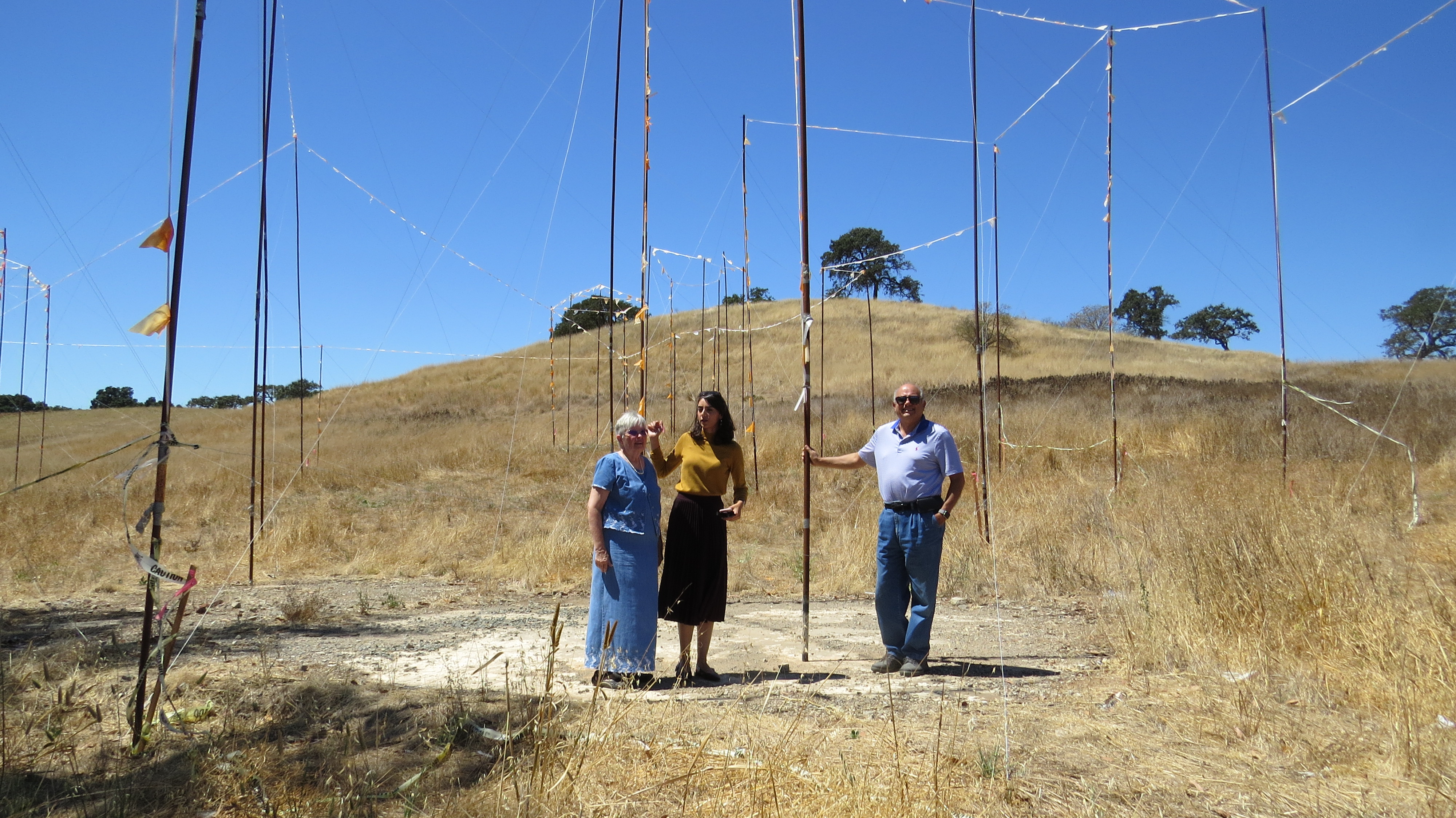 Photo by Marty Cheek
Karen Musa, Hina Moheyuddin and Hamdy Abbas stand on the property in San Martin on which the South Valley Islamic Community hopes to build a mosque for their congregation of about 100 to 110 families.

SVIC’s membership is growing as more Muslims move to the South Valley region. The faith community serves between 100 and 110 families, Musa estimated. The converted barn mosque they use behind a San Martin residence is too small to safely be used for large gatherings. The limited space for parking is also a challenge, she said.

“Attorney Sobelman in his opening statement forcefully reminded the commissioners of the federal statute regarding religious freedom, specifically with the obligations of lower levels of governments and entities not to put undue burdens on religious institutions on land use as stipulated by the Religious Land Use and Institutionalized Persons Act and the severe penalties should they breach that,” she said.

Akhter in his opening and closing statements described the difficulties the SVIC congregation has faced in finding suitable facilities for their Friday prayers and other religious functions. The last Eid prayers, held Aug. 11, had to be shifted to the lawn of a private residence of one of the mosque’s members. “We had originally booked it at a park in Gilroy,” Musa said. “After the tragic event (the mass shooting) at the Gilroy Garlic Festival, we decided it would be prudent not to have our prayers in an open public space.”

Akhter showed slides of the Eid where the members had to lay their praying mats on the grass, and the logistics of having to move tables and chairs as well as other supplies. 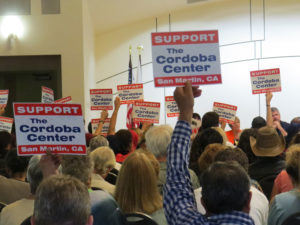 “The most powerful public comment in my view came from a young gentleman who had completed his research for his doctoral thesis studying opposition to the establishment of religious facilities throughout our country,” Musa said. “His startling conclusion was that in every case of denial, the local authorities were forced to reverse their adverse decisions by the courts, and those local authorities then had to pay substantial fines and remedies to compensate the applicants.”

Rauser reminded his fellow commissioners that the county’s Land Use Regulations were made years before the introduction of the federal RLUIPA statute.

“To use local land-use rules to block the Cordoba project would be, to quote Commissioner Resendez’s colorful language, to ‘use a dinosaur to solve our modern problems,’” Musa said.

The next step in the application process is for the SVIC to go to the Santa Clara County Board of Supervisors to seek approval of the cemetery component of the project and to submit the building plans for the county’s approval.

“We are gratified and very appreciative of the county’s approval of our Cordoba project,” Musa said. “We express our heartfelt gratitude to the many members of the South County community who have come and expressed their support to us individually and in the many public hearings.”