Skip to content
Previous Next
Curtain Up Theater Review by Camille  Bounds: “I Love You, You’re Perfect, Now Change” is a hilarious look at relationships 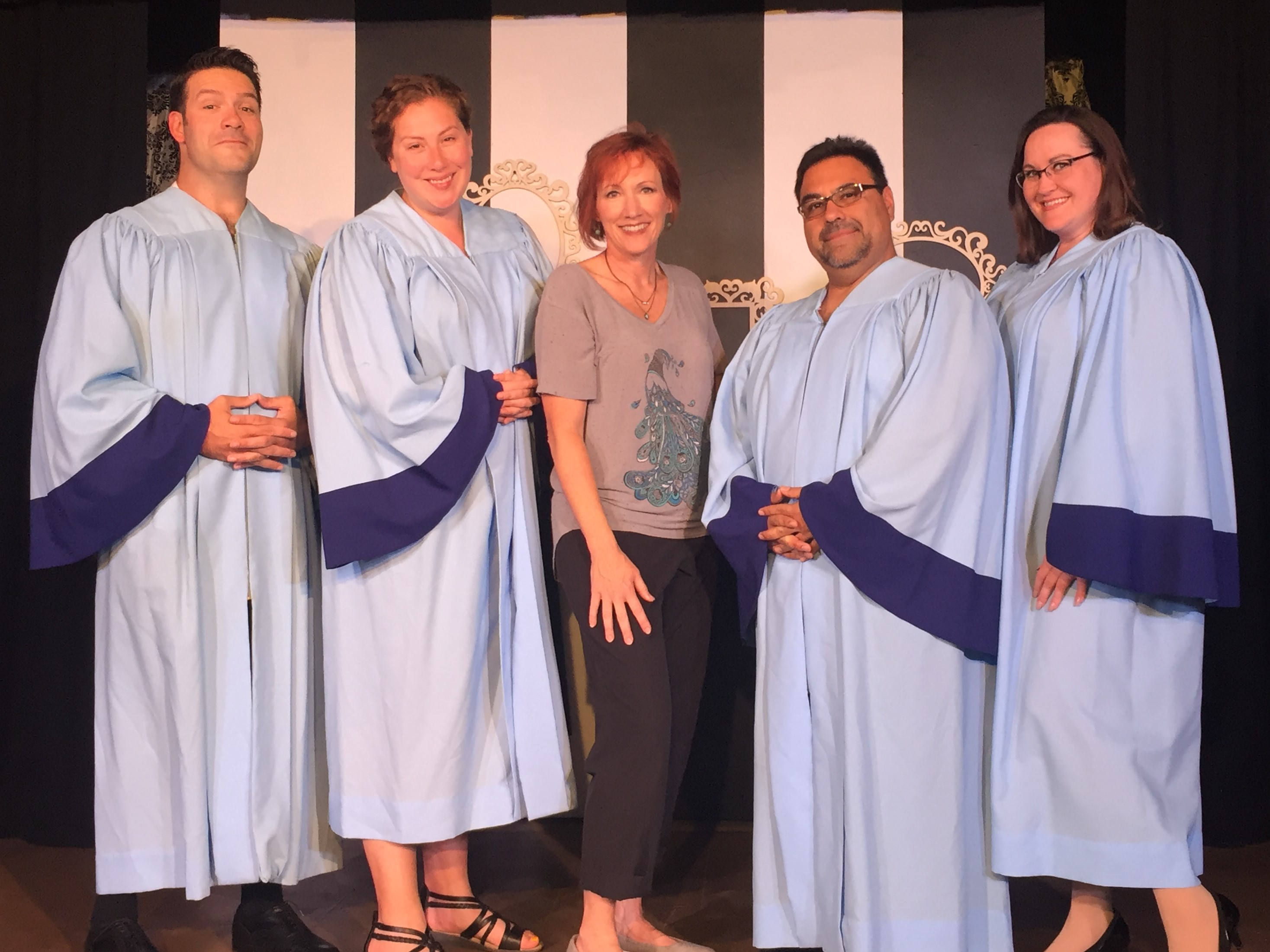 The newest comedy play at Pintello Comedy Theater is a hilarious musical revue, paying tribute to the brave souls who can withstand the ups and downs of dating, relationships, marriage, parenthood, and even love.  “I Love You, You’re Perfect, Now Change” celebrates the trials and triumphs of romance with music and laughter.

Playwright Joe DiPietro with Jimmy Robert’s  music premiered the show off-Broadway in 1996. It ran as the longest running off-Broadway review and has been revised about two years ago to catch up with life today.  It has been translated into at least 17 languages and is a hilarious musical take off on the relationships of our life today. 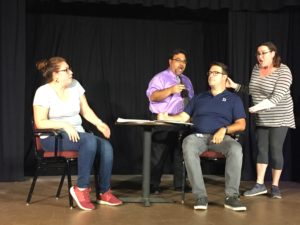 Energetically directed by Whitney Pintello, this bright comedy presents a fresh and funny adult evening of entertainment at the South County’s most popular live theater spot, located at the historic Gilroy Grange Hall on Swanston Drive. She directs this fast-moving musical with a clever and detailed hand and brings in one of Pintello Comedy Theater’s most well-done humorous productions.

The cast of four actors/singers playing 52 characters includes PCT veterans Dave Leon (Trekkie Monster in “Avenue Q,” and winner of the “25th Annual Putnam County Spelling Bee”), Vanessa Alvarez (the lovely songbird Philia in “A Funny Thing Happened on the Way to the Forum”), as well as dashing newcomer Bryan Moriarty, and Gilroy’s own Hilary Little, local drama teacher and director with the city of Gilroy/Little Theatre Productions.

Produced by Rod and Marion Pintello, “I Love You, You’re Perfect, Now Change” continues the family theater’s 17-year tradition of presenting new plays, with local actors, and plenty of humor.

Reservations and information are online at PintelloComedy.com or by calling 408-337-1599, or email Pintello@charter.net.  As always, the Pintello family will be on hand to welcome the patrons.  “We like to feature local wines and wineries and will be pouring Fortino Wines during the run of this show, as well as coffee and refreshments,” notes concessions manager Simon Pintello.

The Pintello Comedy Theater  continually offers four solid. comedy productions a year,  usually involving one or more of the family starring, directing. producing or handling lights or sound. (You can always bet there is a Pintello somewhere in the production.) They have a loyal following that enjoys entertaining, well done theatre in our own backyard.

Camille Bounds is the theater columnist for Morgan Hill and Gilroy Life.

“I Love You Your Perfect Now Change”

Theater Columnist at Gilroy Life
Camille Bounds is the theater columnist for the Morgan Hill Life and Gilroy LIfe newspapers. She has performed on Broadway and traveled around the world. She can be reached at: bounds17@gmail,com