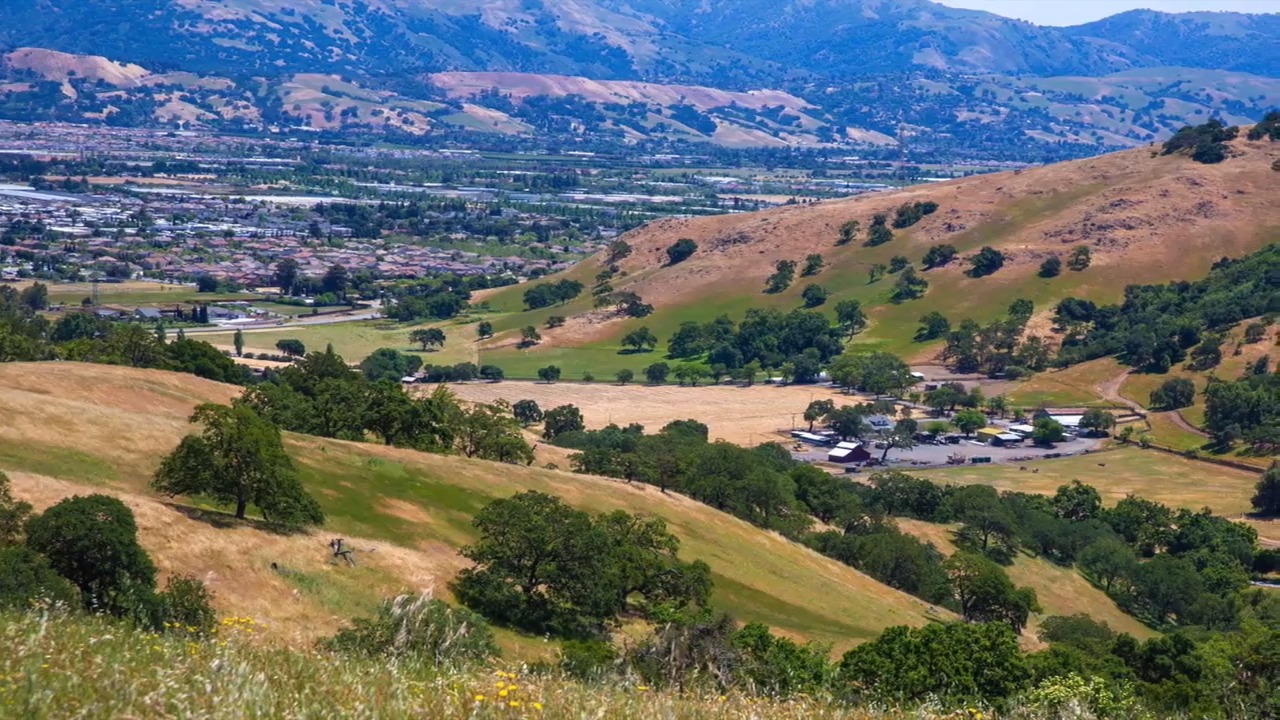 Tilton Ranch is for sale for $20 million

An undeveloped block of 1,860 acres just north of Morgan Hill, known as the Tilton Ranch, is on the market, and if you have $20 million it can be yours..

The land, 20 miles south of San Jose is unimproved except for its hay fields and a 60-acre lease to the Coyote Valley Sporting Clays business, according to reports. 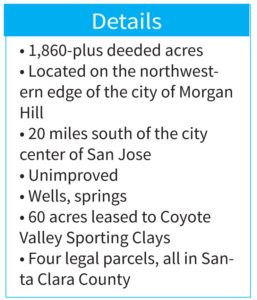 It is perched on the eastern slope of a former Mexican land grant titled Rancho Las Uvas, between the Chesbro, Anderson, Calero and Uvas reservoirs. It overlooks Morgan Hill and the Santa Clara Valley. The ranch’s rolling hills of grass — punctuated with oak trees and numerous water springs — gives the impression of being far away from the congestion of the Bay Area

The Tilton Ranch is a single block of 1,860± acres of mostly undeveloped ranchland, lying 20 miles south of Silicon Valley’s San Jose city center. It is perched on the east slope of Rancho Las Uvas, between Chesbro, Anderson, Calero and Uvas reservoirs and overlooking the Santa Clara Valley from the northwest corner of the city of Morgan Hill.

This is classic California, with rolling hills of grass, studded with oak trees, brushy draws, and numerous water springs. There are four legal parcels currently enrolled in the Williamson Act that gives landowners property tax relief in exchange for an agreement that the land will not be developed for a number of years.

However, the property could be developed for residential use. It is zoned residential, but not “high-density” residential.

The land is unimproved except for its hay lands and a 60-acre lease to the Coyote Valley Sporting Clays course, secluded at the head of San Bruno Canyon.

The ranch starts at 315 feet in elevation on its eastern border, along Hale Avenue, and extends up to 1,145 feet on top of Laurel Hill, on its western boundary. To the north is Coyote Valley Open Space Preserve.

To the west lie thousands of acres of private and state ranches, forest and park, stretching 15 miles through the Santa Cruz Mountains, over Loma Prieta, and constituting a special wildlife corridor. The ranch’s southern border are beautiful serpentine bunchgrass hills — potentially protected habitat of the endangered Bay checkerspot butterfly.