Research has shown climate change is undoubtedly caused by humans. 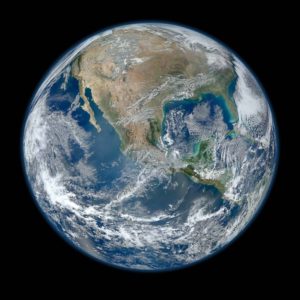 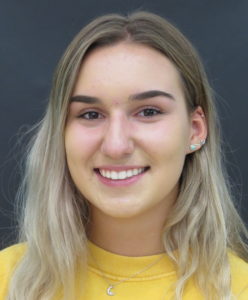 Global climate change is encroaching upon us. Sea levels are rising, glaciers are retreating, oceans are acidifying, and ice sheets are shrinking. We must do something. Now.

My parents have instilled in me a great love of the ocean, throughout my childhood. Whether I was riding waves on my boogie board or watching the jellies pulse in the Monterey Bay Aquarium, I always felt at home on the coast.

At the age of 13, my parents convinced me to get scuba certified in Turks and Caicos Islands. My first time venturing below sea level was like an entrance to another world. One hundred feet below the surface, I found myself in the midst of a school of Black Durgon, fluttering their fins into the creation of art. Hovering over a vibrant reef, I watched whitetip reef sharks and various Angelfish cruise alongside the bright, lively corals. I remember noticing a sea turtle glide its way out of visibility, into the great blue void.

After that dive, I finally understand and appreciate the balance held in the ocean. Now, with four years under my belt as a scuba diver, I’ve had the fortune to have had similar, awe-inspiring experiences in Honduras, Fiji, and here in the Monterey Bay. 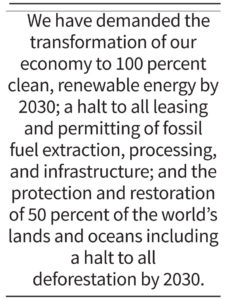 To develop my knowledge of the ocean, I have been volunteering at the Seymour Marine Discovery Center, located on U.C. Santa Cruz’s Coastal Science Campus. At SMDC, we work closely with Long Marine Lab in order to educate the public with relevant and accurate information, including the impact humans have on our environment. I also took the marine science course at Christopher High School last year, and have continued on this path by studying AP Environmental Science this year. With the support of my teacher Ms. Austin, I’ve also been able to institute the Global Citizens Club on campus. We focus on spreading awareness of environmental issues and implementing greener solutions at school.

My most recent project was the Gilroy Climate Strike. Along with many other youth leaders around the world, I decided to take action locally. With ages ranging from 2 to 80, a group of 50 activists marched through downtown Gilroy chanting, “No more subsidies for fossil fuel companies!” along with many other proclamations.

We have demanded the transformation of our economy to 100 percent clean, renewable energy by 2030; a halt to all leasing and permitting of fossil fuel extraction, processing, and infrastructure; and the protection and restoration of 50 percent of the world’s lands and oceans including a halt to all deforestation by 2030.

Research has shown climate change is undoubtedly caused by humans. The Keeling Curve is a graph that demonstrates the relationship between atmospheric carbon dioxide and fossil fuel emissions. Since the 1950s, the graph has displayed a steady increase in CO2. But this gas doesn’t solely collect in the earth’s atmosphere — it is absorbed into our seas, a process known as ocean acidification. As a result of an increased pH level, the calcification rate of shell-building, as well as reef-building, is reduced. This directly affects organisms such as corals, clams, mussels, sea urchins, and barnacles. With such various effects, the entire food web is thrown off balance. Since the ocean provides billions of people around the world with food and jobs, this isn’t something we can simply ignore. It is time for you and I to take action. Here are some things you can change in your life to combat climate change.

Transition to solar panels. Not only is it estimated to save households $28,000 after 20 years, solar energy also reduces your carbon footprint.

Eat a little less red meat. Cattle produce a large amount of methane, a greenhouse gas. Also, cattle ranching is a significant contributor to deforestation, resulting in further release of CO2 into the atmosphere.

Reduce plastic use. Plastic production relies on fossil fuels and results in substantial carbon emissions. If you do have to use plastic, make sure to recycle it.

Pay attention to where your products originate. If you consume products from overseas, they were transported by an airplane or cargo ship, releasing a tremendous amount of CO2. Also, when we source our products locally, we also support our local economy.

We can’t all be perfect, but if we all take small steps toward improving our environment, we can make a monumental change. This is where my journey begins, and I hope you will join me in trying to make this world a better place for all of us.

Jaden Harding, 17, is a senior at Christopher High School. She wrote this for Gilroy Life.

This guest column represents the views of the writer and not necessarily that of Gilroy Life. If you're interested in writing a guest column for this newspaper, please email the editor at editor@gilroylife.com.