After years of delays, supervisors approve permits for Cordoba Center 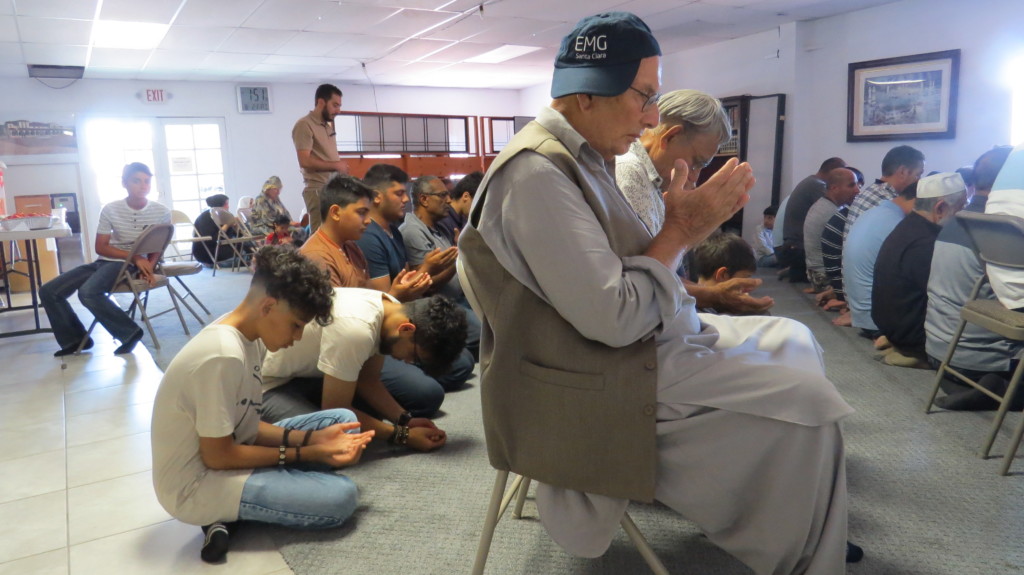 Members of the South Valley Islamic Community can move forward next year to build a mosque and cemetery in San Martin. The Santa Clara County Board of Supervisors voted unanimously Dec. 17 to approve the permits despite protests from residents who live near the project site.

“This landmark decision came at the end of a 13-year-long and arduous journey dotted with many trials and tribulations that tested the resolve and patience of SVIC members, the Muslim community of the Bay Area, and hundreds of other supporters of the project,” Gilroy resident Hamdy Abbass, a board member of SVIC, wrote in an email. “We’d like to extend our sincere appreciation to all our members and supporters who kept faith in this cause and remained steadfast in their unwavering support of this initiative.”

The group hopes to bring this project to life starting in 2020, he said. The supervisors turned down the two appeals by the opposition. The mosque and religious facility have garnered opposition from some San Martin residents concerned about the environmental impact of the project.

The Santa Clara County Planning Commission voted 5-2 in favor of the Cordoba Center project at its Aug. 22 meeting. Commissioners also voted unanimously to recommend to the Board of Supervisors approval of the accompanying cemetery component to the Cordoba Center. Neighbors were concerned that decaying corpses in the cemetery might spoil the ground water wells they rely on, but county environmental reports documented this would not likely happen.

Muslims do not use embalming fluids or other chemicals to preserve the body. The remains are washed, wrapped in organic cotton and placed directly into the ground. Coffins are not used. SVIC will be required to conduct regular water quality tests and create an endowment to fund the cemetery’s maintenance.

“Our nearest Muslim cemetery is nearly two hours away, and that is a great hardship for our families,” Karen Musa, board president of SVIC, told supervisors at the Dec. 17 meeting in San Jose at the county headquarters. “You cannot expect people to live here and not die here.”

The board rejected appeals from the San Martin Neighborhood Alliance as well as the People’s Coalition for Government Accountability. Those two groups brought a lawsuit against the county in 2012 after the board approved a previous version of the project. Because of the contention, SVIC withdrew their project that year.

South Valley Muslims have been gathering in a “barn mosque” for Friday prayers and other religious services since 2001. The owner of the small building, that once housed sheep, provided it for the group’s use without charging rent. In 2006, SVIC members purchased a vacant 15.8-acre parcel at the rural site along 14045 Monterey Road about a mile north of San Martin.

SVIC’s membership is growing as more Muslims move to South Valley. The faith community serves between 100 and 110 families, Musa estimated. The converted barn mosque they use is too small to safely be used for large gatherings. The limited space for parking is also a challenge, she said.

Supervisors approved a series of permits that allows SVIC to build a 14,500-square-foot community center, a 9,000-square-foot mosque, a maintenance building, caretakers’ residence, community plaza and tent platforms for a summer camp. County staff reports show that the buildings occupy about 4 percent of the project’s ground space.

Muslims would use the center for daily prayer services throughout the day, which would draw between 100 to 150 people. They estimate about 300 members would attend on Fridays, Saturdays and Sundays. Permits allow for four special events a year that would hold up to 500 people.

The cemetery at the center is designed to cover 3.5 acres holding a maximum of 1,996 grave sites. It would be limited to 30 burials annually.

“South Valley Islamic Community is pleased with the unanimous decision of the Santa Clara County Supervisors to uphold the constitution and preserve our lawful civil and religious liberties in reaffirming the approval of the Cordoba Center in San Martin,” Musa said.

Supervisor Mike Wasserman, who represents the South Valley region in his district, said the Cordoba Center met all of the county’s requirements.

“This has been a journey filled with differences of opinion, but at the end of the day, the project before us shows both sides have made compromises, and the resulting density and intensity is appropriate and lawful for this particular site,” he said.