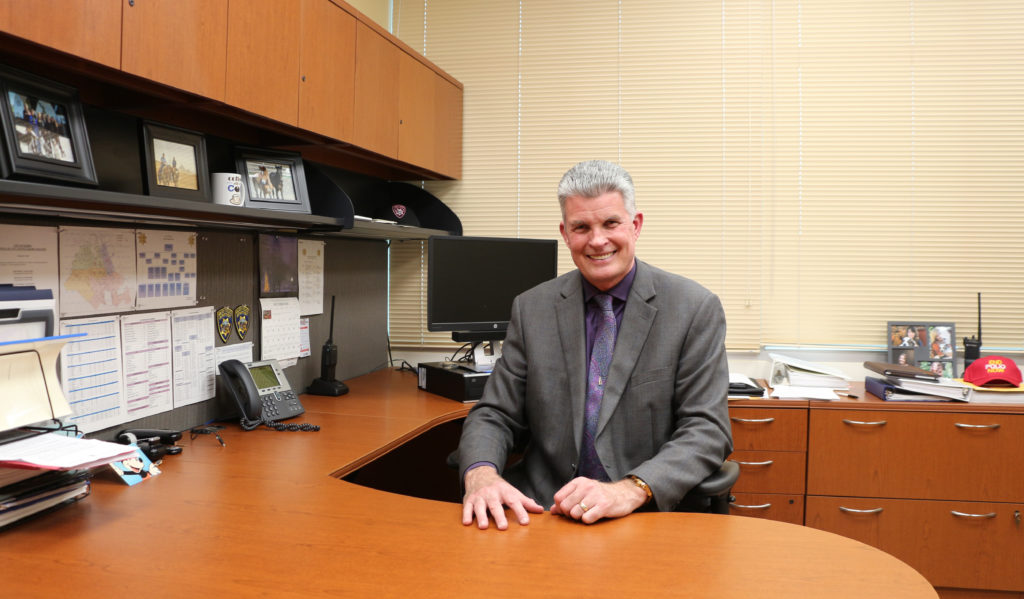 Gilroy Police Chief Scot Smithee retired from the position June 1 but will continue on in the department as interim chief as the city proceeds with a search for someone new to head the city’s law enforcement activities.

A 30-year veteran with the department, Smithee retired in 2015 from the position of police captain with the GPD but later came out of retirement in 2017 to serve as chief after Denise Turner retired from that position.

He has kept his commitment to serve as chief for at least three years and is now ready to restart his retirement.

At the June 1 Gilroy City Council meeting, councilmembers agreed that Smithee will stay on the job during the process of an estimated four-month recruitment for a new police chief. City staff believes there will be both internal and external candidates interested in the position. 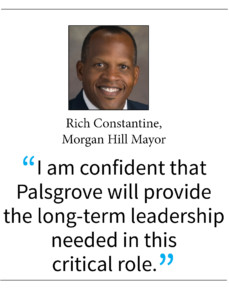 In a recent Facebook posting, Smithee commented on the death last month of George Floyd, who died while being restrained by a Minneapolis police officer.

The nearly nine minutes of the officer’s knee on Floyd’s neck resulted in the Minnesota man’s death from asphyxiation, setting off protests throughout the country and around the world, including in Gilroy and Morgan Hill, against racism and police brutality.

“As a law enforcement leader I am angered, disturbed and deeply saddened. The actions and inactions, of the involved officers were criminal and reprehensible,” Smithee wrote. “This is not indicative of our values and fundamental duties as law enforcement officers. We are better than that and hold ourselves to the highest of standards . . . Please know that the men and women of the Gilroy Police Department share the pain, disbelief, and heartbreak over this incident. We all desire the same end goal, a world where everyone tries to understand the experiences of others and strive to make positive changes for all.”

The protests in Gilroy and Morgan Hill were peaceful and, unlike in some American cities, did not result in rioting and looting.

“I am so very honored and proud of our community,” Smithee wrote in his social media post. “We continue to show the rest of the world how to deal with tragedy by creating positive outcomes and supporting one another. May we all continue to stand strong and united as Gilroyans.”

Capt. Palsgrove has been serving as the interim police chief since April 4 after David Swing left for a position leading the Pleasanton Police Department.

“Capt. Palsgrove stepped in as the interim chief during an incredibly difficult time and has provided sound leadership and direction for our police department, while working collaboratively with the city leadership team,” said Morgan Hill Mayor Rich Constantine. “I am confident that Palsgrove will provide the long-term leadership needed in this critical role.”

“I have worked with Capt. Palsgrove for many years during my tenure on the city council,” Carr said. “I have always been impressed with his collaborative approach and commitment to our Morgan Hill Community.”

Capt. Palsgrove has worked for the city of Morgan Hill since 2001, starting his career as a sworn police officer and working his way up through the ranks, serving as detective, corporal, sergeant and captain. He holds his bachelor of science and master of science degrees in criminal justice administration from San Jose State University.

With his many years of experience with the Morgan Hill Police Department, he has had the opportunity to work and supervise in all areas of the department.

“I am honored and excited to serve as police chief in a community that has built strong relationships with its police department,” Palsgrove said. “As a member of this department for almost 20 years, I know first-hand that the men and women who work to make Morgan Hill safe, truly take pride in serving the community they love.”

The diversity of the department is among his top priorities as chief, he said. He will work to ensure that officers, dispatchers, and support team continue to reflect the rich diversity of the city and region.

“There will be challenges and opportunities ahead for our department and the community but by working together, we can make Morgan Hill an even greater community in which to live, work and play,” he said.