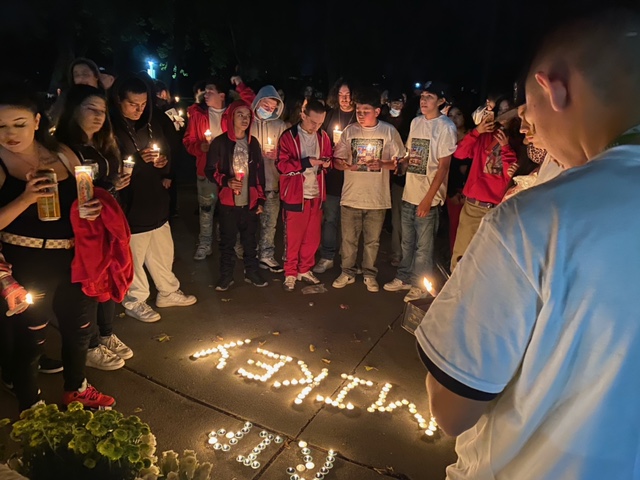 An estimated 150 people attend a vigil at a candle memorial for 18-year-old Michael Daniel Zuniga-Macias, who was shot and killed during a Halloween party on the property of Gilroy Councilwoman Rebeca Armendariz. Photo courtesy Dori Ann Prado 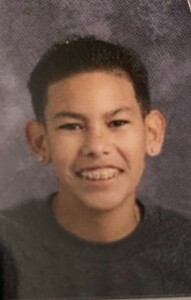 Friends and family of the 18-year-old killed at a Halloween party in the early morning hours of Oct. 30 are trying to find the strength to grieve and understand what happened that night.

Michael Daniel Zuniga-Macias was shot and killed while trying to break up a fight, friends said. He was one of four victims shot. Two remain in the hospital while a fourth was treated and released.

“The family is taking it day by day,” said Dori Ann Prado, the founder of Living Above the Influence nonprofit and who organized a Nov. 3 vigil. “They are distraught.”

The morning before the vigil, the Santa Clara County District Attorney’s office declined to press charges against Gilroy resident Benjamin David Calderon, 19, “pending further investigation.” Calderon was arrested Oct. 30. The decision cleared the way for his release. He had been held without bail at the Main Jail in San Jose.

Family members urged partygoers to “step up” and talk with police.

“This was a large, chaotic Halloween party that ended with a tragic shooting and homicide,” said Chief Trial Deputy Angela Bernhard in a statement.

The party was held on the property of Gilroy Councilmember Rebeca Armendariz on the 400 block of Las Animas Avenue.