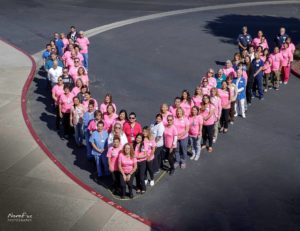 Santa Clara County will take ownership of St. Louise Regional and O’Connor hospitals and Morgan Hill’s De Paul Medical Center in the next several months. A bankruptcy court last month approved the offer by the county of the assessed value of $235 million to purchase all three facilities.

The county would initially pay cash for the purchase, said Supervisor Mike Wasserman, who believes the purchase is a “big, big, big win” for South Valley residents. A few months after the sale, depending on the market and when it can get the best rates, lease revenue bonds would be issued to finance the purchase. The financing term would likely be 20 to 30 years.

“Because of the county coming in and being the purchaser, this will give a guarantee of the continuity of the hospitals in questions and the services and the expansion and the improving of medical services provided at those locations,” Wasserman said.

St. Louise is the only hospital in the South Valley region, serving a local population of more than 100,000 residents. The purchase adds the 93 beds now at St. Louise and the 358 beds at O’Connor to the 563 beds now operated by the county at its acute care hospital Valley Medical Center in San Jose.

“If we had not bid and won, there’s no telling what would have happened to St. Louise Hospital and those services,” Wasserman said. “The good news is that we’re doing it, and the end results are going to be maintaining and improving medical services in South County.”

The county’s intention is to hire Verity’s more than 1,700 employees at the hospitals as county employees, he said. The pensions and paid leave built up by these employees are not in the county’s transaction.

“That’s all between Verity and the bankruptcy court. The county is not party to any of that,” he said. “The county is coming in and keeping the lights on.”

The county still needs to finalize some details such as the state transferring the license for operating the facilities and some regulatory procedure issues, which should must be completed before the close of the sale, Wasserman said.

The county purchased Valley Medical Center a few years ago. Adding St. Louise, O’Connor and De Paul to their medical care system will enhance the level of service for South Valley residents, he said.

“Having the county as the owner of these hospitals ensures top-quality state-of-the-art services and continuity of services,” he said. “This is going to make O’Connor and St. Louise hospitals be