Take a Hike … with Mike Monroe: Explore the majestic redwoods of Mt. Madonna 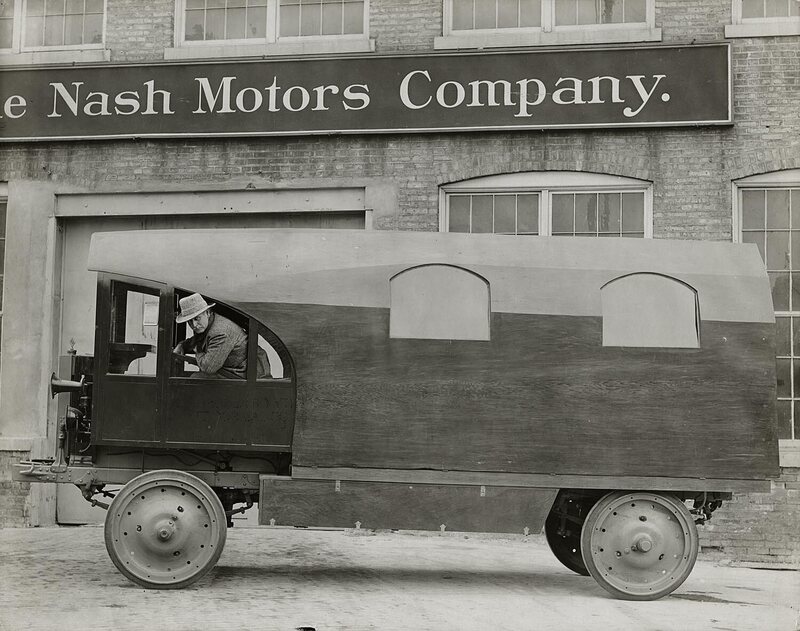 Charles Kellogg with his “recreational vehicle” made out of a redwood log from California.

Our annual sojourn to Yosemite Valley is always a special time. Usually we try to avoid the summer crush of tourists, but this year the weekend of June 8 and 9 was the date assigned for my talks about Charles Kellogg. The tale of Morgan Hill resident Charles Kellogg is one that I never tire of telling. 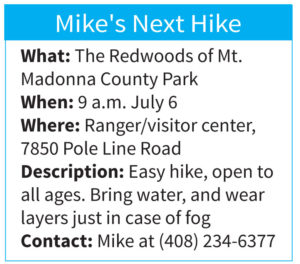 In 1917, Kellogg decided to construct one of the world’s first motor-homes from a downed redwood tree located at Bull Creek Flat in the Humboldt Redwoods. That summer he traveled from his ridge-line home overlooking the newly formed community of Morgan Hill in an effort to raise the alarm about the destruction of the redwood forests. While in the Humboldt forest in 1918, the three founders of the not-yet-established Save the Redwoods League, also camped along Bull Creek and the rest is history.

Each year I’m on the lookout to find one or two new connections between Yosemite and southern Santa Clara County. So I’ve told the story of Henry Hecker and the Yosemite to Sea Highway dedicated May 27, 1928. The story of Enid Reeve Michael who was the first “ranger-naturalist” for Yosemite National Park and was born in Gilroy. The story of Thoma Rea Hanna of Gilroy who married the elder daughter (Wanda) of John Muir in 1906. This year I brought along two Ansel Adams prints of orchards in the Santa Clara Valley. My business name is the Valley of Heart’s Delight, Inc. and the two orchard photos reminded me of the times when our valley was virtually carpeted with fruit trees — prunes, apricots, peaches, and cherries — all blooming during spring.

Of course, the waterfalls were tumbling torrents of white foam and the Merced River was so full and running swiftly that some meadow and camping areas were flooded. The combination of warm temperatures and substantial snowpack in the high country of the Sierra fed the swollen creeks, including Yosemite, Bridalveil, and Tenaya, which join the Merced River in Yosemite Valley. The early Spanish explorer Gabriel Moraga gave the Merced River its name — “River of Our Lady of Mercy.” The section of the Merced River that spills over Nevada and Vernal Falls is called the “Giant Staircase.” The river does slow as it makes its way through Yosemite Valley until it reaches a glacial moraine (rockfall) which had to be dynamited more than 100 years ago to drain the pooling water at the valley’s west end. Once it is unleashed from the valley floor, the river drops rapidly through the steep Merced Canyon until it is captured at Lake McClure behind the New Exchequer Dam.

Our shaded walk through the Mt. Madonna redwoods will provide an opportunity for us to talk about some the latest redwood science. Recently, a redwood was discovered in the Santa Cruz Mountains that exceeds 350 feet in height (taller than a football field is long!) This tree and one of its tall neighbors are located near a ridge-line. Typically, the tallest redwoods along the North Coast are sited in alluvial flats where there is abundant moisture. Finally, we can discuss the changes in forest management practices that are intended to stimulate redwood growth by thinning the number of trees in a grove.

Our hike will cover between about three miles and take about two hours. Bring your enthusiasm and respect for the redwoods of Mt. Madonna. Keep on sauntering!