Music in the Air … with Mark ‘Fenny’ Fenichel: Writing music is nothing at all like writing a newspaper column 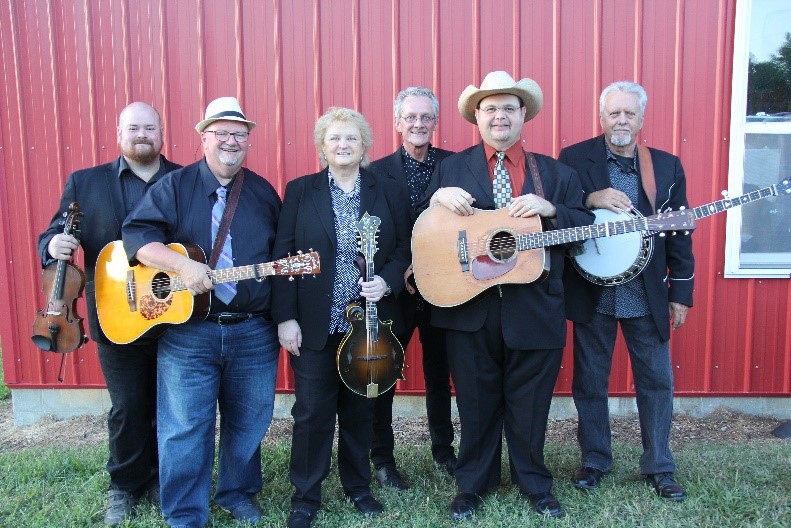 Night at the Grange will showcase the best bluegrass bands Feb. 29 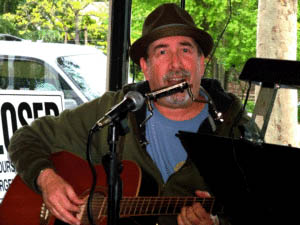 So here I am sitting in front of a blank page on my computer like an artist staring at an empty canvas waiting to create a masterpiece. Writing my column is something that just seems to happen. For me I usually try not think about it too much until just before it is due and then I have to get it done, so I sit down and write.

Much of the time it simply flows out of the keyboard and there are other times I will look back at some of my previous columns to come up with ideas for a new one. Usually it ends with a little research to find interesting musical happenings around town and sprinkling them in at the end of my column. However, writing music is quite different from writing a newspaper music column.

This past year was a good year for songwriting for me, I really feel like I came up with some good ones but unlike writing this music column, when I come up with a song it seems I always have an idea in my head and a guitar in hand.  When music comes to me, sometimes it begins with a guitar riff and a mix of chords that sound good together followed by writing down the combination of those chords on paper and then playing them over and over until comfortable with the tune, then adding lyrics later. 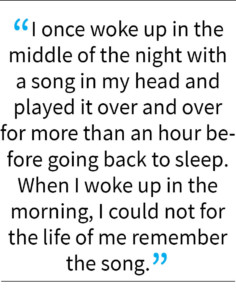 Then I think about the tune and think about words that will fit to the music. Other times, I get an idea of word combinations in my head and start writing words (like creating poetry) which then becomes the chorus of the song. Then I think about a bridge because it seems as far back as I can remember, every good song always has a good bridge or a hook that people can remember. Then adding music to fit the words afterward followed by playing the song and singing the words about 30 or 40 times until I feel like I know the song and can play it comfortably and without hesitation.

Playing the song over and over like that builds up a kind of muscle memory in my fingers and after repeating it over and over they just seem to know where to go to play the song fluently. A great guitarist friend once told me you have to play a song 27 times before you really know it and can perform it, but for me it is more like 30 or 40.

Also, when I get a tune in my head, I have learned to record it on my phone. I have lost a few songs by not taking that important step.

I once woke up in the middle of the night with a song in my head and played it over and over for more than an hour, then went back to sleep. When I woke up in the morning, I could not for the life of me remember the song. All day long I wrestled with it. Very much like waking up from a dream and remembering you had a dream but couldn’t remember any of the fine details.

I remembered it had the feel of a Jimmy Buffet tune I was familiar with, but it was gone. Then driving home that night about a quarter of a mile from the house it came back to me. I got it! I rushed home, ran inside and grabbed the guitar next to my bed and played it over and over. Then I recorded it and began the process of adding lyrics and re-writing some of the lyrics numerous times until it felt right and before long I had a new song.

Then of course I played it about 40 or 50 times before I felt comfortable with it.  Usually I will take my newest song and go to one of the local open mics in Morgan Hill or San Jose and try it out. I rarely ever let anyone know it is my own song. I like to see what kind of reaction (if any) I get from the audience. I like to throw in my original songs when I am playing at a winery or restaurant gig and again I rarely ever let anyone know it is my song and just go right into the next song in my repertoire.

I recall one night playing one of my songs and there were these two guys at the bar arguing over who wrote the song I was playing. They were each quite positive they know who’s song it was and as soon as it was over they asked me who was the writer. When I told them it was me, they both had a really flummoxed look on their faces. To this day I think as a songwriter it was one of the best compliments I have ever received.

On another note, the California Bluegrass Association is now selling tickets to their annual Night At The Grange Show coming to the Morgan Hill Grange Hall Feb. 29 featuring  the True Grass Show featuring Lorraine Jordan, Junior Sisk, and Danny Paisley. Every year these shows sell out. I suggest you buy your tickets now. For tickets and more information call Tim Edes at (408) 595-4882 or email [email protected] or visit www.cbaweb.org.