Main story: COVID-19 will have significant impact on Gilroy services

City forecasts losses of $11.3 million during the next two fiscal years 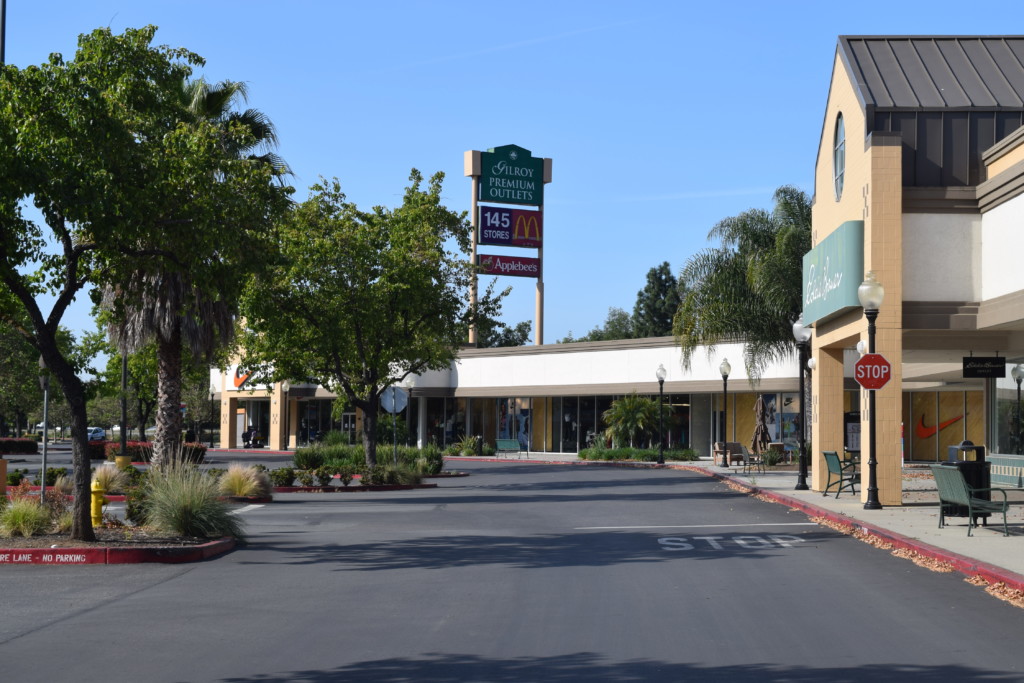 Photo by Robert Airoldi
The Gilroy Premium Outlets have been closed since March 17, severely impacting the city’s sales tax revenue.

As the COVID-19 crisis hammers the global and national economies, on a local level Gilroy City Council members and city staff will be forced to make many tough budget decisions for the next two fiscal years including cutting services and possibly the number of employees.

While there still is much uncertainty about revenue projections, especially sales tax and the transient occupancy tax (hotel tax), council members were told to expect an estimated drop of $7 million in the 2020 fiscal year (starting July 1) and about $4.3 million in the 2021-22 fiscal year. They received the informational report from City Administrator Jimmy Forbis and Finance Director Bryce Atkins at the May 5 video-conference council meeting. The video can be viewed on the city’s website. 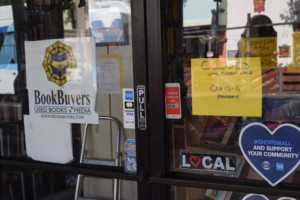 Photo by Robert Airoldi
A closed sign on a downtown business.

No decisions have been made on possible hiring freezes and staff furloughs or service cuts. The outlook is that the city will be hit even harder than it was during the Great Recession.

“This is worse as it is immediate and acute,” Forbis said. “For instance, in 2009 Gilroy lost about 20 percent of its sales tax over two years. We’ll lose 30 percent over three months.”

COVID-19 is taking its toll on other cities across America. Morgan Hill faces its own budget hit on the general fund with a revenue stream reduction of $12.2 million during the course of three fiscal years starting July 1, 2019.

California faces a $54.3 billion deficit as the coronavirus takes its toll. The shortfall is almost 37 percent of the current $147.8 billion general fund budget, potentially resulting in widespread program cuts. For example, K-12 schools and community colleges stand to lose $18 billion alone at a time when they are clamoring for money to adapt to help students adjust to a new social distancing reality.

The sudden brake of the economy from COVID-19 has created a moral calculus for political leaders on the state and national level. Even as the death rate for America approaches 80,000  May 8 and does not yet seem to be plateauing, some states are opening businesses as residents face dire challenges funding their families. There are two known deaths from the coronavirus in Gilroy and 43 cases confirmed by Santa Clara County, so COVID-19 is literally a life-and-death decision for local leaders.

Gilroy councilmembers will discuss how services might be impacted at the May 18 and June 1 meetings. They will vote on a fiscal recovery plan in June.

“Stepping back and looking at the bigger picture, I don’t think residents are going to see a lot of changes in the short term,” he said. “What the city is going to have to do is start prioritizing programs, projects, and even departments and start making adjustments at that level, and then we give direction to our city administrator and then city staff will be responsible for implementing those changes.”

The long-term outlook from COVID-19 is still uncertain in how much impact residents of Gilroy will see in their lives. There is little hard data to show the time span and social spread of the virus if the economy is re-opened either gradually or quickly.

“That’s the million-dollar question. It all depends on how long this continues,” Velasco said. “Staff is predicting that in the next fiscal year, 2021, we’ll start having more businesses opening up and that will start generating revenue and then we’ll be able to see things slowly improving. But that’s assuming the public will have the confidence to go out and spend money. And we just don’t know if that’s going to happen.”

“For the city to get through this, we’re going to need everybody doing their part,” he said. “If this were a normal or regular recession, we would be able to plan accordingly because we would see it happening. This happened so fast. We got notice a half hour before the county was going to issue the shelter-in-place. Within 24 hours, we were closing down as a community. This is not a natural recession. And so we’re all struggling right now.”

“It’s hard to find optimism and good news in this kind of report,” Forbis said.

The city had already identified a structural budget deficit and the COVID-19 crisis is only shortening the amount of time to deal with that deficit. However, Gilroy’s economic reserves of $5.6 million buys the city “a little bit of time” — about 30 to 45 days —  to make its decisions on what needs must be cut, Forbis told councilmembers.

The projections are based on the shelter-in-place orders lasting through June and the recovery starts July 1 as the economy starts to open, Atkins said. “If it does extend beyond that date, then it will have a harder impact on the city,” he said.

Difficult decisions need to be made to find solutions to offset the losses to the general fund to keep the city solvent. Among those listed in the report is a $2 million transfer from the Capital Outlay Fund, a general fund for eventual replacement of equipment and furniture in city offices. About $1.7 million can be saved by postponing the construction of the Glen Loma Fire Station and another $1.7 million can be saved by postponing land acquisitions. The city can also save $1.1 million by postponing the construction of the downtown parking lot on the corner of Seventh and Eigleberry streets.

The general fund is a major funding source that pays for most of the city’s general services such as police, fire, and general administration. It is the only discretionary fund, allowing the city to spend on any areas they want.

“It’s also a fund that has a very high sensitivity to economic changes,” Forbis said. “We rely heavily on sales taxes and hotel taxes. So when the economy goes bad, those are the areas that suffer.”

The decisions on the budget will be difficult due to the uncertainty of how long the coronavirus crisis will last and how fast the economy will bounce back and people go back to work and start spending disposable income at restaurants and shops again, he said.

“Some people are talking about a second wave (possibly in fall) and so we have to be prepared for that as well,” he said. “Although it might be an opinion to use all of our reserves, we will be putting ourselves at tremendous disadvantage for doing so.”