The facility will be forever known as the Steve Tate Library 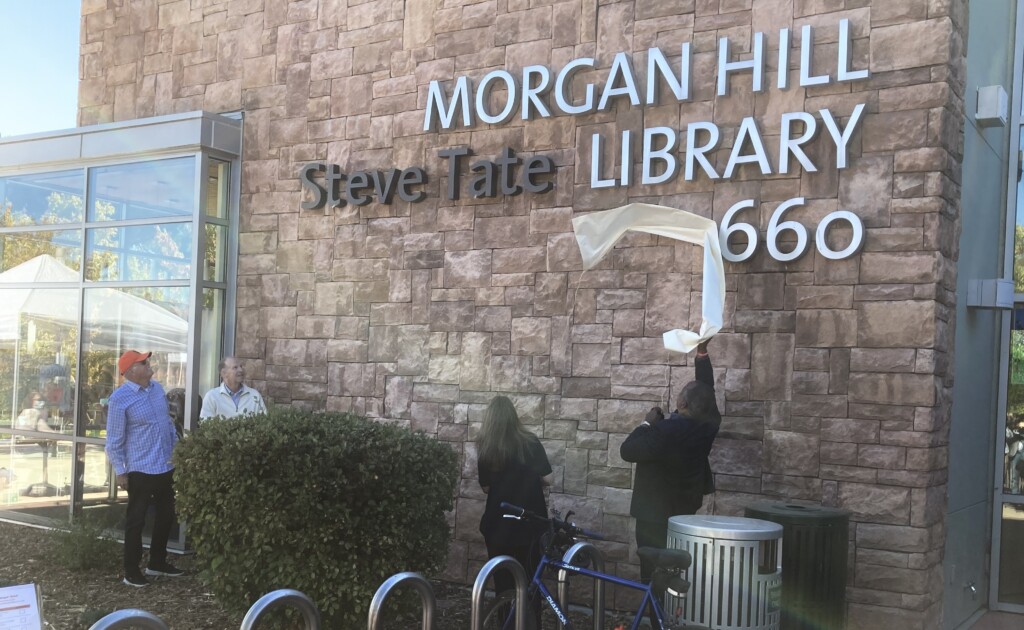 Former Mayor Steve Tate (with orange cap) watches as his name is revealed on the Morgan Hill Library.
Photo by Mark Fenichel/fenifoto

For more than two decades, Steve Tate has been a strong proponent of the Morgan Hill Library as well as other public libraries in Santa Clara County. The former mayor’s dedication to the building and the services it provides was recognized Oct. 9 when the city renamed the facility the Morgan Hill Steve Tate Library. 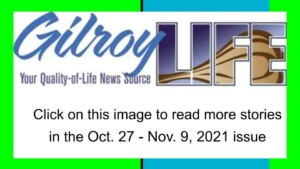 At the ceremony, friends, family members and colleagues gathered in front of the library where the added name was concealed behind paper attached to strings ready to be pulled down. Speeches praised Tate for his various activities including helping pass two parcel taxes in 2004 and 2013 to fund the Santa Clara County Library System and the Friends of the Morgan Hill Library’s Beyond Books Campaign, which raised nearly $250,000 for art projects and programs to enhance the library experience for patrons.

“People ask me, ‘How do you react to getting a building named after you?’” he told the crowd